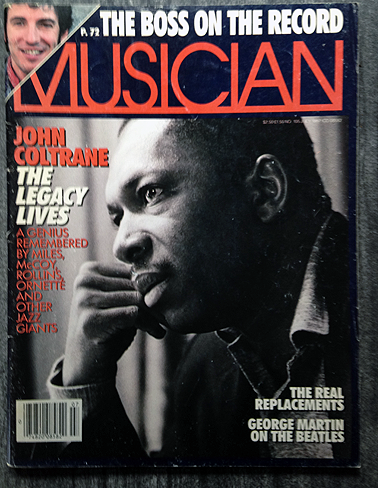 A 1987 issue of Musician featuring an article on “The Real Replacements.” 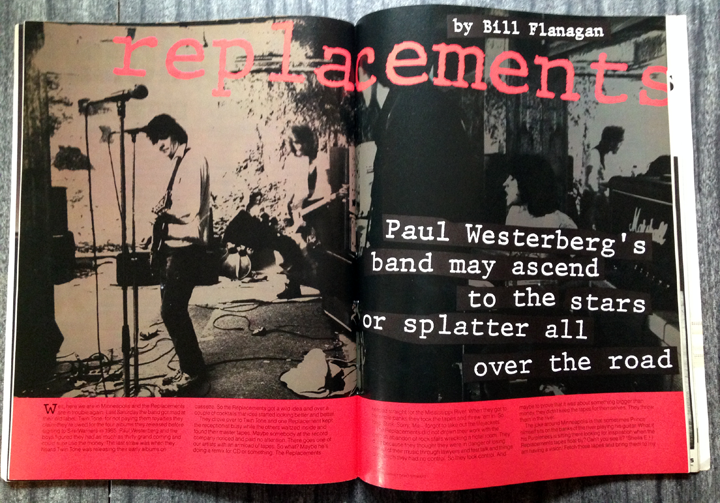 Opening spread of 1987 article on The Replacements.

Digging through my archives, I found a July 1987 issue of Musician magazine, featuring an article on our beloved ’Mats by Bill Flanagan. I wanted to share the damn thing because it’s been collecting dust AND it marks some key changes for the band:

Flanagan visited the ’Mats in Minneapolis, just after they infamously threw the Twin/Tone tapes of their early albums in the Mississippi River. The overall tone of the article is intimate, a little dark, but also funny and raucous. Hey, kinda like the band themselves!

Download a PDF of the sidebar, in which the boys talk guitars and amps etc.

If there’s enough interest in this article, I’ll get off my ass and fix my scanner and post the whole article. Or, as I just discovered, you can buy the magazine on eBay. I’ll never let my copy go!

“The words I thought I brought I left behind, so NEVERMIND!”